Well Worth the Effort

My sister and I share food ideas and like to sample
each other's wares.  This past visit was no exception to the rule.
This ice cream was one food idea I brought home with me.
Along with the recipe book it was found in ~ thank you, Janine!  :)

Altered slightly from the recipe as found in
"Sweet Cream and Sugar Cones"
by Kris Hoogerhyde, Anne Walker and Dabney Gough 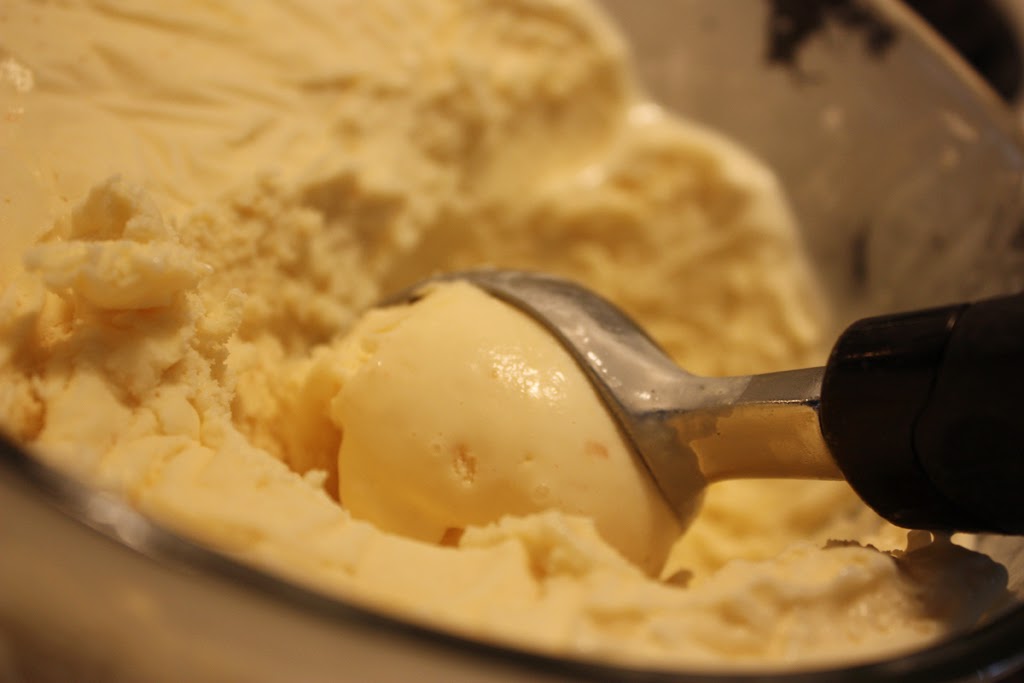 This is a cooked ice cream.  The base must be set in the fridge
to cool for at least a couple of hours prior to churning.
It is a little fussy, but, well worth the effort.

Toast both types of coconut separately in a skillet and set aside.
I found that 250 degrees F was the right temperature to toast it at.
Be sure to stir constantly and remove from the pan as soon as it's done.
Toasting the coconut will only take a few minutes ~ be careful...it burns easily.

Infuse the milk and cream with the 1 cup of unsweetened
toasted coconut by using the following method.
Bring the cream, milk, salt, and half the sugar (6 Tbsp) to a simmer in a heavy pan.
Stir in the unsweetened coconut.  Return to a bare simmer and remove from heat.
Cover the pan and set aside to infuse for approximately 30 minutes.

Once the 30 minutes is up, strain the milk mixture
through a fine mesh sieve into a clean bowl.
The goal is to remove all the liquid from the coconut meat.
Press the coconut with the back of a spoon to accomplish this.
Discard the coconut meat ~ yes, really!  It's tasteless.  :)
Clean the pan and pour the infused cream mixture back into it. 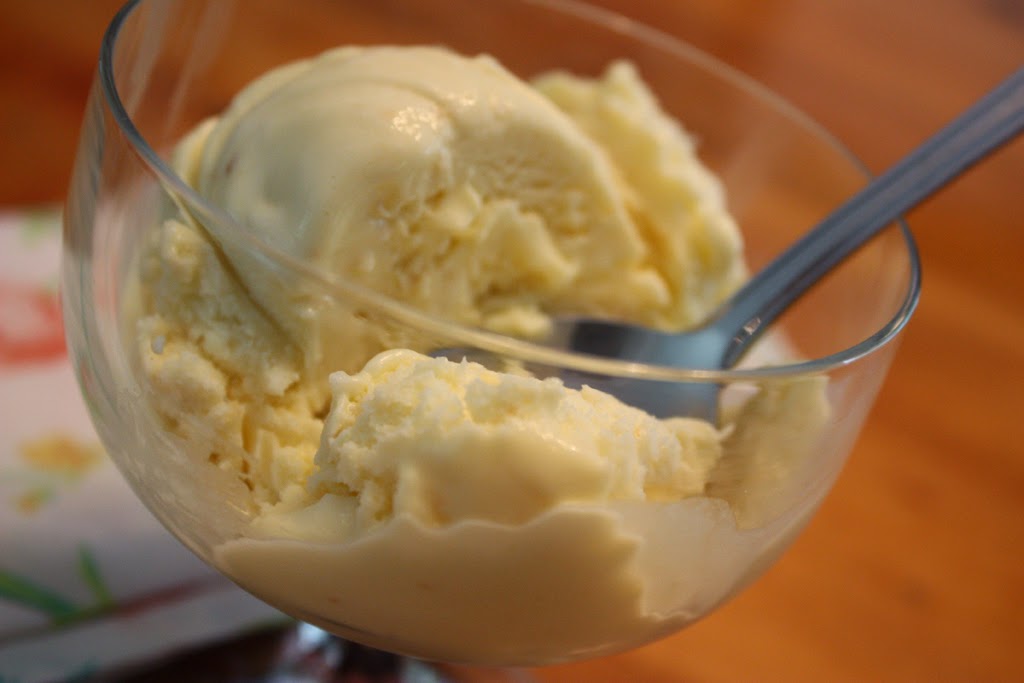 In a medium heat proof bowl, whisk the egg yolks
with the remaining 6 Tbsp of sugar (the other half of the 3/4 cup).
Bring the infused cream (in your pan) to a simmer over medium-high heat.
Reduce heat to medium and carefully add half a cup of the hot cream
mixture to the yolks and sugar in the bowl.  Whisk briskly while you do this step.
Keep adding the hot cream half a cup at a time to temper the yolks.
Repeat this step for a total of three times.

Keep the cream mixture on medium heat and whisk it in the pan
as you add in the tempered egg yolks in a slow and steady stream.
Keep whisking until all the yolks are incorporated into the pan of cream.
Whisk constantly while you heat the custard to 180 degrees F.
I use a thermometer to be sure the correct temperature has been reached.

As soon as the custard reaches 180 degrees, pour through a clean mesh sieve
which has been set over a clean glass bowl.  Whisk as it cools.
Cover with plastic wrap and set in the fridge to cool completely.
Cool a few hours or overnight.  The custard will thicken.
Churn in your ice cream maker according to manufacturer's directions.

Stir in the sweetened, toasted, shredded coconut in the last
couple minutes of churning.  Serve immediately for soft serve.
Or, transfer to a freezer container and freeze a few hours for firmer ice cream.

It's nearly impossible to make this last any longer than one day.
Go ahead...try to prove me wrong!  ;-)

This ice-cream looks amazing. I haven't made ice cream in ages… this would be a wonderful place to start.

Oh, yes...it would! I hope you enjoy it my friend. Hugs, Camille