Do you know the story behind this piece of music? 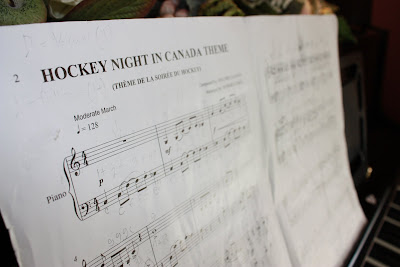 A Canadian classic in the hockey world for many many years ~
It was the theme song for the Saturday evening featured hockey game on CBC. 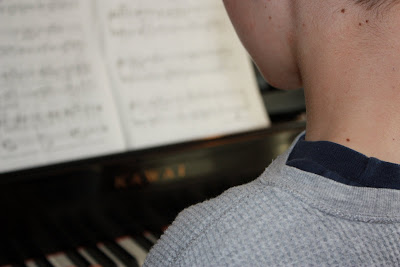 It came time to renew the contract and CBC didn't offer enough for it, or some such thing. Long story short, they lost the right to play it for those Saturday Evening games. Since then, CBC hosted a contest to find a new theme song. They found one which has been used for this entire hockey season.
It is very good ~ but not the one I grew up with.
THIS is the song I remember and will always associate with hockey. 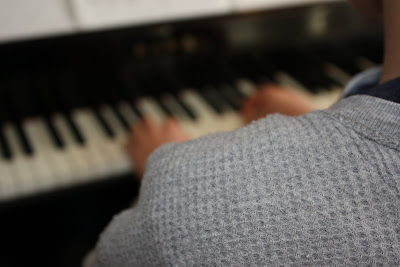 My boys love the "old" song.
Calvin is learning it now, but Fraser was the first to play it.
He even performed it at a piano recital ~
it went over REALLY well.
Of course it did ~ we are Canadians! :)

Posted by Camille at 5.5.10 Labels: Calvin, Just for Fun, Photography

I have fond memories of that song as well! So neat that your son played it for his recital. You really ARE a hockey family, aren't you? :)
Go Leafs!

I love boys that play the piano!!! Two of our have so far~

Heather ~ I suppose we are a "hockey family"...how could it be helped?? LOL! The Leafs aren't "going" right now...won't you cheer for the Canuck's while there's still a chance for a Canadian team to get the cup? AND...our team's never won it ~ how's that for a plea? ;-)

Cinnamon ~ I agree with you about boys and the piano...it's wonderful! I'm glad you have music in your home too...ít's a blessing isn't it? :)

I can't say I've ever heard that song, but I bet it is good. So sorry your country "lost" it's national hockey anthem. I've been to a few hockey games and I really liked them.

Jackie ~ We were sad to see it go, but thankfully we have access to the sheet music...the silver lining I guess! :)