What it Became ~ Part Three

While our renovations were going on, we lived life.
Birthdays and days out and Christmas and everyday things kept on happening.
Isn't that just how life is?  Joys and sorrows as well as the crazy and quieter times
all rolled into one?  We had no idea how precious those days were.

All of life is precious.
I never want to forget the truth of that.  Ever. 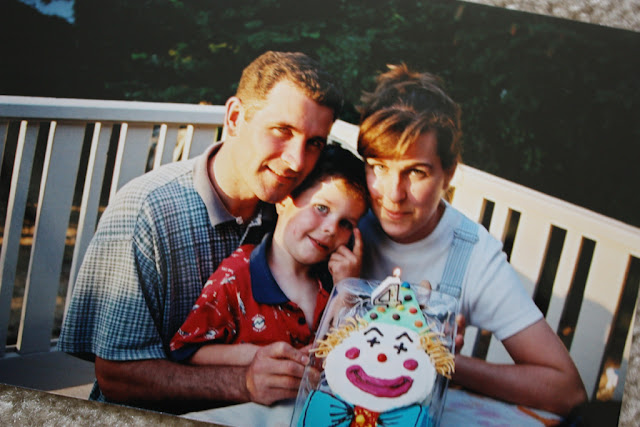 While we were in the midst of the busyness of it all,
we found ourselves looking forward to the day when it would be behind us.
To the day when at least one room in our home would be complete.
That day did eventually arrive.  And, we breathed a sigh of relief.

But, joy may be found in the journey.
We were slowly learning to see.  Step by step. 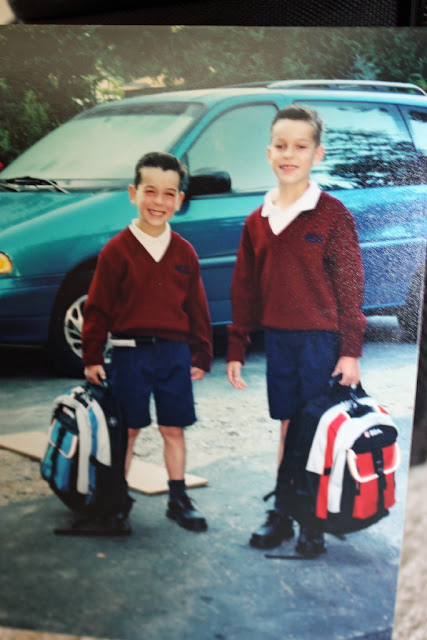 The Lord is so very patient with us, isn't He?
All along life's path, He seeks to teach us.
By His great grace, we learn.  And we move forward with Him. 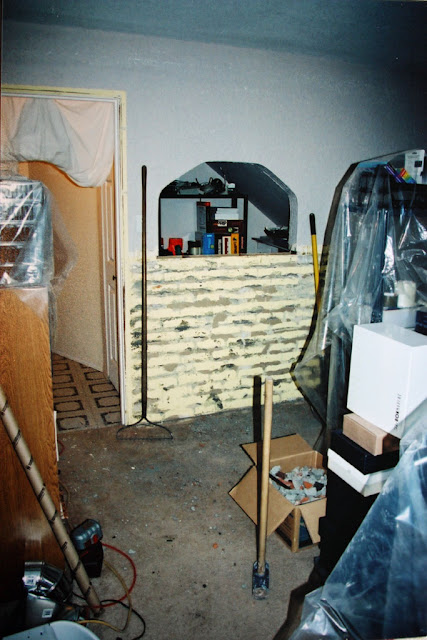 The photo above was taken from inside the current schoolroom...
looking out toward the basement hallway.
See the closet door and the angled wall beyond it in the hall?
That was the wall which separated us from our tenants.

It was shown being demolished
in the last post of this series. 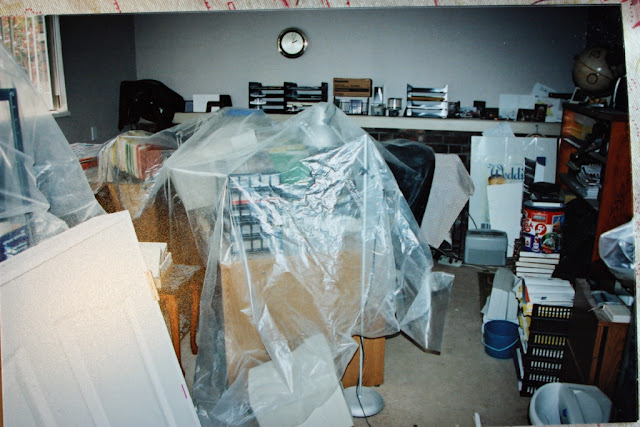 This is the view from the basement hallway looking into the school room.
At the time, it was Howie's office.  Click here to see what it looks like now. 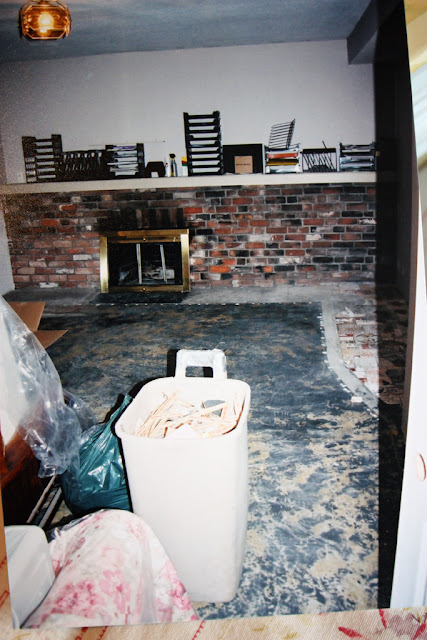 This is from the same vantage point, but, with most of its contents removed.
The black stuff on the floor was all that remained of underlay that had
been glued (!) down.  Not what you want to find when the time comes to remove it.

Glued down underlay turned out to be just one of the nasty surprises
we were to find as we progressed through our renovation.

Later, we uncovered more of that dreadful underlay in our upstairs living room
as well as in Emma's bedroom.  It took the two of us all night to scrape it from
the plywood in preparation for new carpeting that was to be installed the next day. 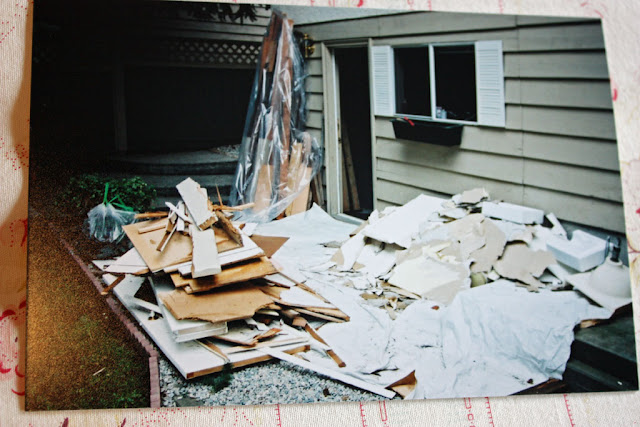 Just some of the rubble.  This was outside our back door. 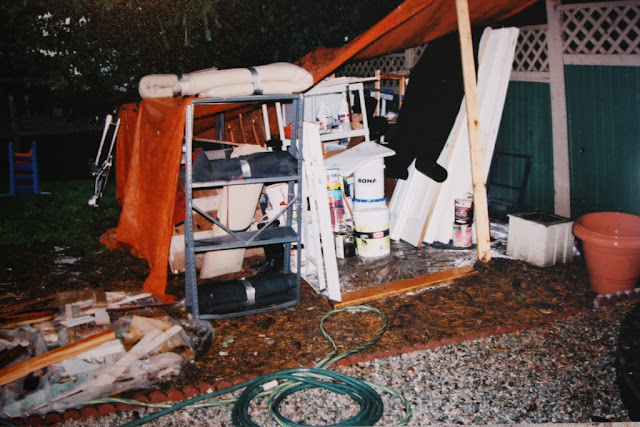 We didn't have a shed and still don't have a garage.
When the house was in an uproar, some things had to be moved to
the make-shift lean-to Howie had put up just outside our back door.
Many of these things were meant to be indoors.  They didn't mix well with rain.

And, rain it did.

I remember dashing out there one evening to rearrange things as the rain poured down.
At times like those, we either could laugh or cry.  I seem to remember we laughed.
On many other occasions, I cried.  Lest you think we might be super-human.  ;-) 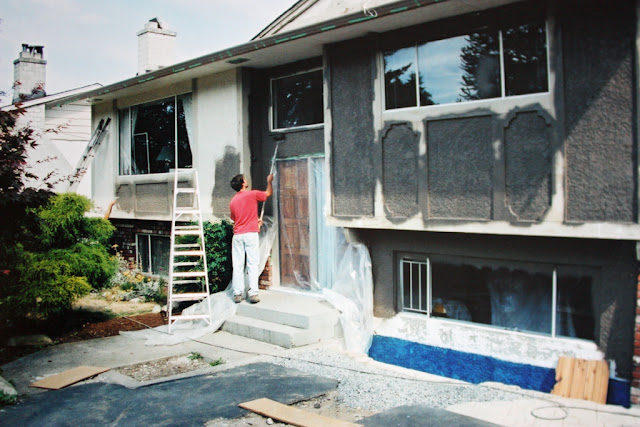 Our aluminum single pane windows were swapped out for vinyl double pane.
Prior to having them installed, we decided to paint the exterior of our home.
Since the windows didn't need to be protected, it was the perfect time to do it.
The two boys across the street were paid to help Howie get 'er done.

While all this was going on, I had the opportunity to take the children
away for a few nights to stay in Howie's sister's home while they were on vacation.
As I drove away, all I could think of was that we'd made a big mistake
on the colour combination we had chosen.

I had spotted this combination on a newly constructed home a few miles away.
It just so *happened* that I stopped by as the painter was working.
He kindly gave me the exact codes needed to copy the colours.
One example of the Lord's many kindesses to us on this journey.

Nothing.  Absolutely nothing.  Happens by chance.
After it all came together, we were pleased with the results. 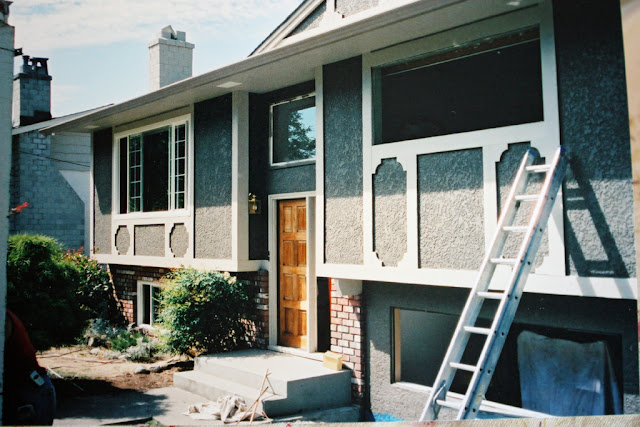 When I drove up the driveway a few days later,
all the windows were in and the exterior painting had been completed.
Unfortunately, the window casings were smaller on the outside
than they were on the inside.  The new windows had space around them
that needed to be filled. 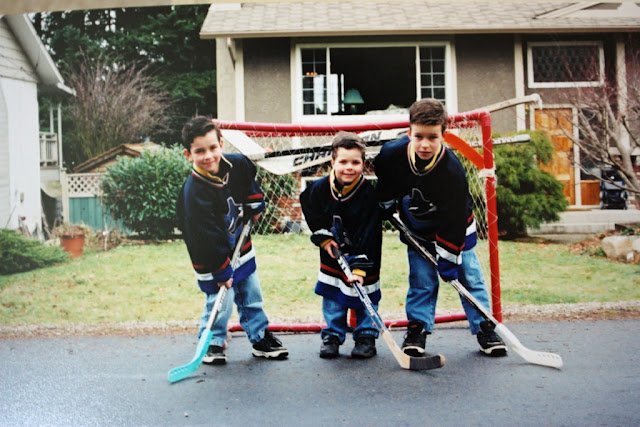 No one had predicted that we would encounter that problem.  It had to be fixed.
We opted to have drywall casings built, which created a lot of dust
and the need to paint every room that was affected.

And that was something we could do.  So, it was what we did.
The renovation continued to morph into a bigger job than we had anticipated.
And, the children continued to grow. 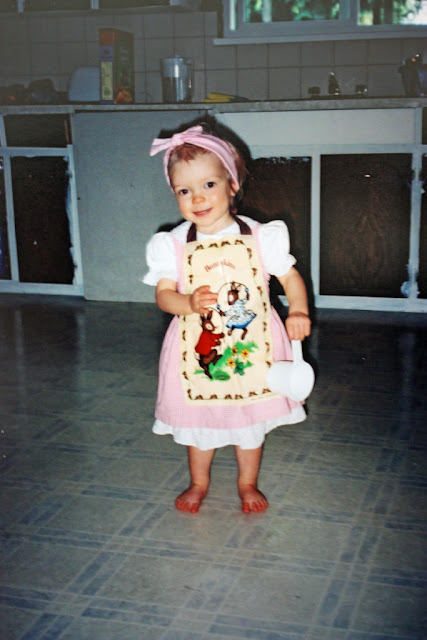 Memories with mixed emotions I am sure! All hard work brings profit but I know you are glad this work is behind you. I have heard it said recently that the days are long but the years are short. Isn't there truth in that! Like one song says, "Life is what happens while your making all those plans." I hope this season of life will permit you and your family to sit back and enjoy the fruit of your labor. Blessings!

It is looking so good. The front paint is a good combination. I love how your school room looks now, so beautiful. It does seem that every project has so much more involved than we first think it will. Wonderful that you have all of these pictures. I am enjoying all of your renovations… renovations are much more enjoyable from an arm chair aren't they? Haha. Hugs Camille
Blessings,
Pam

Oh I am just loving these posts!!! Thank you so much for sharing! And the color combo is gorgeous!!! Looking forward to more!

WOW!!! What a journey you've been on. I remember my dad's famous words "it will only take the morning" as he worked on something in the house and vacuuming the sawdust at 10 pm! And that was in a NEW house! I'm loving this blog series.

Love these posts..... so true that life is what happens while we are making other plans. But I truly believe God has a reason for everything. So much love went into your home!

Glued down underlay? Oh it must have been disheartening to have found it in other rooms. Love hearing about the transformation of your home and I'm feeling very blessed that we have a shed. We don't have a garage either. When the farmgirl owned two cars and her brother also lived at home and had a car the front of our home with our van and a work car resembled an airport car park! Thankfully, we don't have to park on the street, sure the neighbours would not be happy!

Patty ~ Yes, it's so true, isn't it? The days are long and the years are short...such wisdom in taking that to heart. Enjoy these precious days with your grandbabies. What sweet blessings!! Hugs to you. :)

Pam ~ You are so right....renovations are enjoyed after the fact! I like the armchair view of those days. Thank you, as always, for your sweet encouragement. Hugs! :)

Jennifer ~ I think you always do such amazing things with your homes...so, your compliments are greatly appreciated. Thank you for your kind words. Hugs to you! :)

Angela ~ Haha! Only the morning?! I am sure that brings a smile to your face as you think back on it. It's a blessing to my heart to think that you are enjoying these posts my friend. Hugs. :)

Jill ~ How true it is...we can get so caught up in making plans while life passes us by. The joy is in the journey. Thank you for your sweet words. Hugs to you. :)

Ann ~ We had no idea that they would glue it to the plywood...so, it was a bit of a shock when what we thought would be a quick job turned into an all-nighter. Your stories about life there with your family and in the home the Lord has you in make me smile. Hugs! :)

Amazing changes to your home and adorable photos!! Love seeing them so little and you and Howie so young. May God bless your future as you also look back and remember.

Heather ~ Ah, yes...the long ago days when we were young!! How amazing it is to look back and see how much we've all changed. The Lord is so very good to us, isn't He? Hugs to you! With Love, Camille